Finlay - A Scottish dog down south 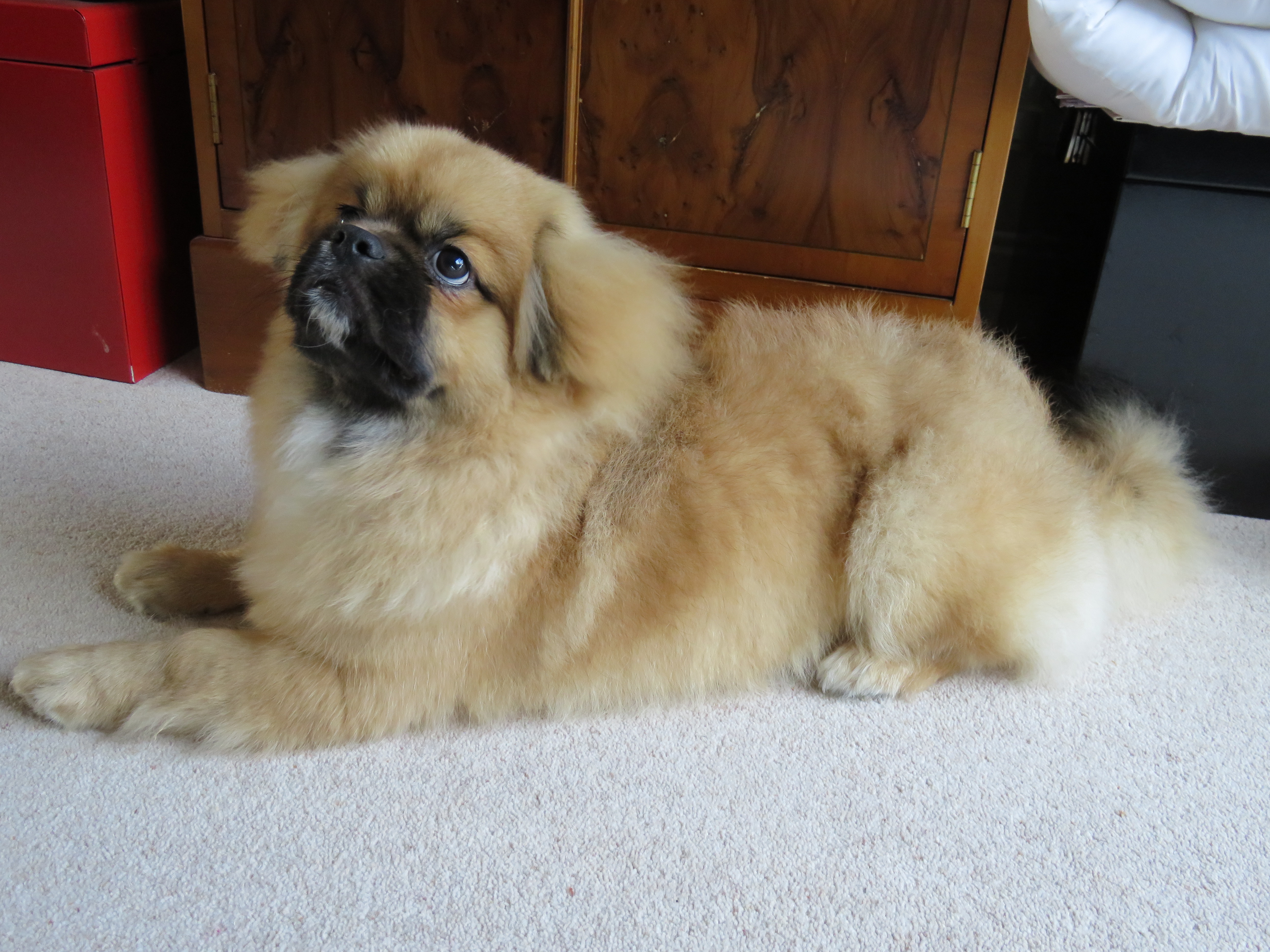 Well, he was bred by Aileen McDonald in Perth and we travelled all the way up to Scotland to see him when he was 7 weeks old and we fell in love straight away, as you do. We met Aileen at Crufts and we had seen several of her Tibbies and we knew we liked the Balgay's that we saw. Aileen said she'd be in contact when she next had puppies and not that long after Crufts she got in touch. We went all the way up to Perth from near Southampton on the South Coast and we were smitten.

Aileen came down on the train and met us at Crewe handed over the most gorgeous puppy you've ever seen, and he made the journey back down South with us in the car. Not a whimper out of him all the way. He settled in quickly, and began destroying every flower in the garden, but in most respects he was an angel. Slept from his first night with us without issue and soon started to build his fan-club.

We asked Aileen when we got Finlay, "is it ok if we decide to show him" to which she said "sure".....we hadn't really intended to, but we thought we'd give it a try anyway. We did around 40 shows in 2018 and did a similar amount in 2019, Finlay absolutely loves it and wags his way through the whole event. In fact he has become quite well known for it, he has his own unique way of charming the judges, with a smile a wag and a kiss.

He is now getting on for 3 years old and he was won 2 Reserve Challenge Certificates (Richmond 2018 and Crufts 2020), he and his brother Taggart have done really well at this dog showing lark. We were told (quite frequently) that we really needed to get Finlay a brother or sister to play with and I suppose at some point we had to give in, so Cooper joined us from Aileen in December 2019. Thank you Aileen for letting us have these gorgeous characters, they are solid gold.