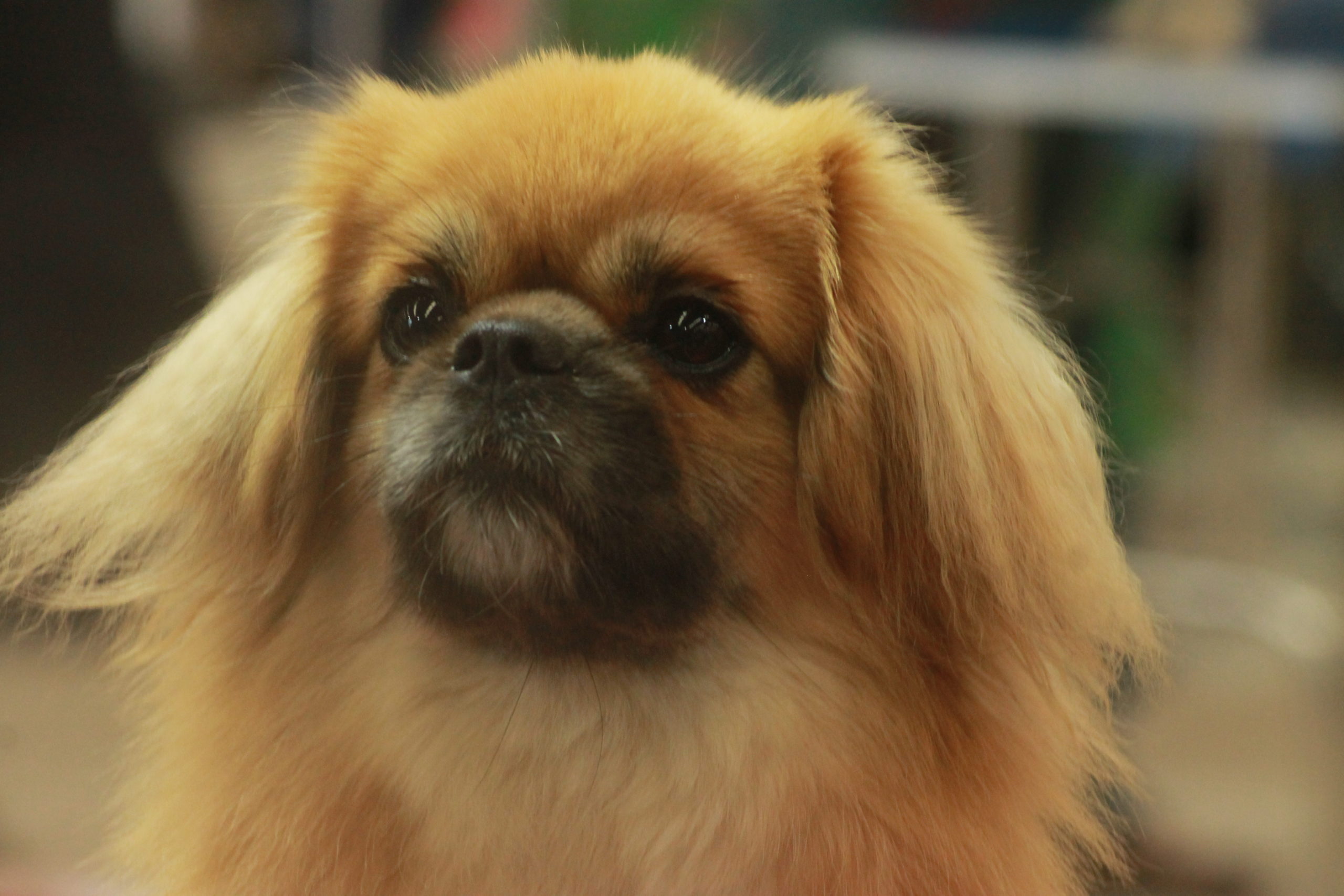 We really had no idea of what lay in front of us, when due to unforeseen circumstances and through no fault of their own we were blessed with having Torfness little Cracker (Ceba) come back to live with us. We were in a position to have a Torfness to Torfness mating something I thought long and hard about as it would involve two recessive Gene's a red dog and a parti bitch.

The litter resulted in five beautiful babies and one red girl took my eye immediately. She stayed and was named Torfness Scarlet Phancy (Lexie). As a baby I loved her presence when training, head held aloft so proudly and movement that any breeder would be proud to produce. I have however always been one who likes what I like but never sure if anyone else would agree with me.

Lexie was lightly shown as a puppy and junior and notched up a couple of firsts, no one was more delighted than me when she won her yearling class at crufts. However my biggest shock was to come at the Tibetan spaniel club of Scotland where at 16 months she not only won a graduate class of 10 but took her first bitch ticket and res best in show under the very respected Michael Leonard. I actually could not believe my wee girl had just done that.

So everything else that has followed has all seemed surreal at times. The year was to be rounded off again by the very well respected breed specialist and all rounder Mrs Jane Lilley awarding Lexie her second ticket this was completed by the all rounder Mr Andrew Brace awarding her third and crowning glory at back to back shows a very proud moment indeed. As a hobby breeder and show enthusiast who entered and showed at Crufts for many years it was always my ambition and greatest dream to have a green ticket at that great show never in my wildest dreams did I ever think it would happen, but yes dreams are most certainly made to be fulfilled you just have to believe hard enough and have that special something.

I now believe I have that special girl as not only did she win best of breed once but three times under breed specialists Sheila Thomson 2016 Mike Gilchrist 2017 and Jan Reynolds 2018 in 2019 she won the bitch ticket under Liz Scoates. Here is where the story should end however Lexie went from strength to strength and has to date won 18 tickets and broken the bitch record. So from tiny acorns all my most imaginable dreams have been accomplished and then some.

She has had an amazing fan club along the way and really has given so much to the Torfness household she is our little princess who loves nothing better than to splash in the sea get down and dirty on the beach one day and parade around the ring looking every bit the champion she is the next.

None of this has been easy living in the far north east of Scotland it has been an epic journey to say the least and I thank all my travel companions who have kept me sane along the way. This is in tribute to Torfness Little Cracker our Ceba, gone but never ever forgotten who gave us the gift of her beautiful girl Lexie x